A Focus on De-Risking Pays Dividends

Mitigation of risks provides a smooth path to securing port finance for both green and brownfield developments, finds Alex Hughes.

When pitching a port project for finance, there is one simple rule: The focus has to be on mitigation of main risk components. So says Reinout Polders, financial expert of Maritime & Transport Business Solutions (MTBS).

Mr Polders identifies three main categories of risk that he sees as the main impediments for the borrower. First, there is the market risk, which has to be mitigated as best as it can be. Second, there is the design and construction risk, which is especially true for greenfield projects. Third, and increasingly important, environmental and social impact risk — traditionally a focus of development banks — is becoming more of a focus point for private lenders as well.

Nevertheless, Mr Polders says that not all port projects are presented correctly. Those that make the life of the lenders very easy and are more likely to result in funding being secured.

Mr van Leengoed points out that large corporate companies in the ports sector have an advantage in this respect because they have more experience in sourcing finance. “In contrast, smaller — e.g., local — investors have more challenges providing the correct information to potential lenders. They may even structure their projects in a sub-optimal way,” he says. 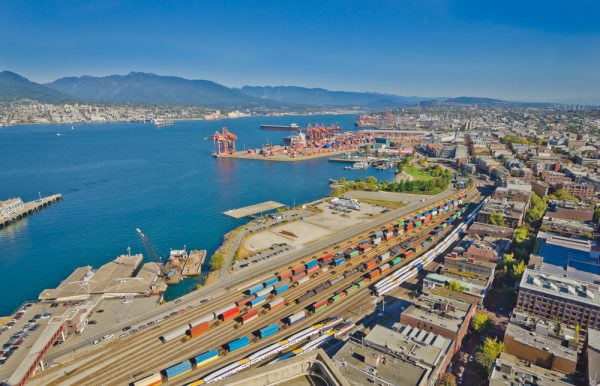 All in the preparation

Johan-Paul Verschuure, technical director in the maritime team of WSP, agrees that borrowers have to be well-prepared and fully transparent to ensure that a port project gets financial backing.

“In the case of debt funding, sponsors have to prepare a solid business case, where the risks and opportunities are well defined and understood. The downside risk has to be very clearly quantified as does the project’s upsides,” he says. “In contrast, half-baked pitches just won’t go anywhere — and developers do still sometimes seek finance based around half-baked ideas.”

The lack of solid business cases, he says, is more often found at smaller or developing ports outside of North America or Europe. Experienced international terminal operators are highly unlikely to be counted among this latter group.

Significantly, the errors that are made don’t always revolve around poor documentation. Instead, it is often when finance is sought that ultimately decides whether it is secured – or not.

“A greenfield project at the feasibility stage, for example, might be viewed as too risky to back, since too little information might be available at that time,” says Mr Verschuure.

However, roll forward to a time when the port’s backers have signed a contract securing future guaranteed traffic volume and the reaction from investors will change dramatically as much of the risk has effectively gone.

“Brownfield ports are considered lower-risk assets because they have an established cash flow and also moveable assets, including handling equipment. It’s easier to finance these than to finance pure infrastructure projects, which are immovable,” he says, pointing out that infrastructure can become worthless if there is no market for it.

This difference is applicable if a project finance structure is applied. However, implementing project finance is far more challenging than funding on a corporate finance basis or through sovereign debt.

“Commercial lenders often struggle to provide loans in these markets for these types of assets,” he says, noting that some global banking groups hence focus on corporate operators or big terminal operating companies, financing them on a corporate basis.

“In major port infrastructure development, the role government plays can’t be emphasised enough. Governments are asked to provide partial or full sovereign guarantees when large sums of money are invested,” says Mr van Leengoed. “These guarantees are especially important in emerging markets where subsidiary institutions, including port authorities, are not strong enough to act as the main guarantor, forcing the government to assume this role.”

Significantly, Mr Polders notes that publicly funded facilities can also be among some of the riskiest assets. It is therefore vital to determine whether a state-backed project is based on an objective analysis rather than simply on politicking, for example, to fulfil a campaign promise to provide a port to a particular region, even though there is no market for it.

“Governments are recommended to take sound advice, because otherwise they may be taking on a long-term financial burden that doesn’t pay the type of financial or economic dividends they are looking for,” he says.

Overall, ports remain very attractive assets to invest in, says Mr Verschuure, because they are seen as relatively low risk, driven mainly by hinterland economies which tend to be relatively stable and predictable.

“This has been the case for decades. However, considering where we are in the economic cycle and the abundance of liquidity in relation to the loose monetary policies of central banks, some investors are actively seeking safe options rather than more volatile ones,” he says.

So, now is a good moment for port promoters to seek out financiers.

“The more mature economies, such as Europe or North America, are more attractive for financial investors and lenders compared to more peripheral regions, such as Africa, Asia or, to some extent, South America. These latter regions are having to look more towards international financing institutions, such as the World Bank, or even export credit agencies, to secure funding for some projects,” says Mr Verschuure, who points out that there are a few smaller players carefully exploring this market and actively lending to it.

Although large global terminal operators remain the most important sector developers, there are some financial institutions that are also developing a particular speciality in the ports sectors, of which he points to Macquarie or IFM Investors. The latter acquired a stake in Mersin International Port in Turkey, several ports in Australia, and also the Global Container Terminals portfolio.

Mr Van Leengoed adds that major global terminal operators have “quite deep pockets, so they can decide whether or not to seek external debt finance. Some mostly use external project finance, others prefer to use their cash in the bank to fund projects.”

The Chinese, too, have become keen ports investors. Traditionally they have been very interested in acquiring facilities on routes linking China and Europe. They sometimes also take stakes in exchange for access to raw materials or markets, which can happen in Africa. Finally, more recent developments have actually seen Chinese investment in the Central and Southern American markets. For example, Chinese investment has gone into developing a new container terminal next to the Panama Canal.

“The Chinese have been very active in the last five to ten years,” says Mr Polders, who identifies COSCO and China Merchants as the most dynamic operators keen on expanding their global port portfolio. “Recently, COSCO took major stakes in multiple ports in Europe, which also shows the interest in strategic investment in mature markets.”

Not all port projects come good straight away. According to Maritime & Transport Business Solutions’ Reinout Polders, “ports are often built on the basis of at least 50 years of operational life, so sometimes they need investors with longer-term horizons who will potentially be prepared to take on riskier investments”.

His colleague Victor van Leengoed adds: “Lenders have to be particularly careful when investing in a project where transhipment traffic forms a major part of its reason for existence. These projects are risky since transhipment containers can quickly move to other ports. The investment case is substantially stronger, if there is import-export traffic, too.”

If an investor finds they have backed a ‘white elephant’ port, they have to make the best of a bad situation, says WSP’s Johan-Paul Verschuure. A terminal might have to be re-purposed, equipment redeployed, or sold off. It might also be a case of ditching an established partner in the project and partnering up with somebody else who can bring in cargo, even though this might involve having to offer equity stakes or volume discounts, which might impact negatively on the loan repayment period. However, ‘needs must’ and such measures might save the project in the longer term.