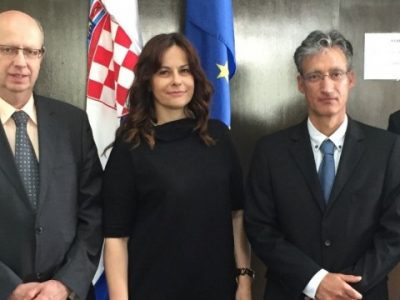 The ports included in the the study are Rijeka, Zadar, Šibenik, Split, Ploče and Dubrovnik.   Croatia’s accession to the European Union on the 1st of July 2013 represents a potential turning point in the country’s economic and social development. In order to be fully integrated in the European transport network, the Croatian port system will need to meet the demands of European consumers and industry, in terms of capacity, competitiveness and sustainability (environmental and financial).

In recent years, various port expansion project across the Croatian ports have been implemented or are currently ongoing. As such, most Croatian ports are likely to meet demand in the short and medium term, at least from an infrastructure perspective.   The focus of the national development plan, which considers a period up to 2030, is to increase the competitiveness of the ports, while maintaining an environmentally and financiallly sustainable port system.   Currently, the Croatian ports annualy handle more than 20 million tons of cargo and more than 11 million passengers. The Croatian ports hold a strategic position on the deep Adriatic Sea coast, centrally located in both Central Europe and the Balkan area. The country is a traditional seafaring nation, with maritime transport deeply rooted in the countries nature, especially as a result of the abundance of coastal island (about 1250) of which 49 are inhabited.