The Minister of Transport, Kwaku Ofori Asiamah has announced his outfit is engaging more private organizations to develop the maritime industry to accelerate economic development and job creation.

Speaking at the Meet the Press series in Accra, the Transport Minister declared that at Tema Port, the construction of four dedicated container terminals is currently underway to respond to the increasing trade volume and address the infrastructure deficit. The first two berths of will be completed and operationalized by the end of the second quarter of 2019. 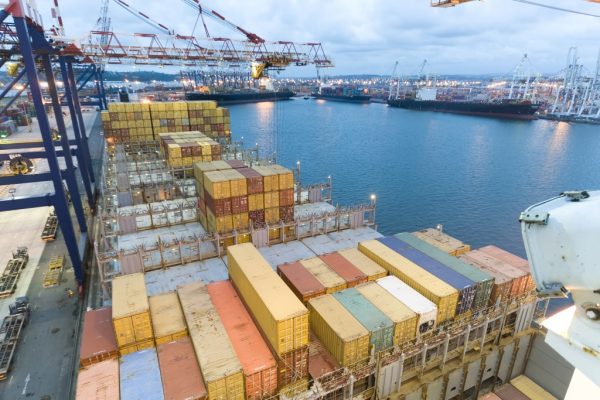 Kwaku Ofori Asiamah revealed that work on the hospital road from the Tema Port to the Motorway will also begin by the end of 2019. “At the last Cabinet Meeting, the Cabinet has given approval to the Ministry of Transport and the Ministry of Roads and Highways to engage APM Terminals, which is one of the operators of the port, to finance the construction or the upgrade of the hospital road from the port to the motorway. And we are hoping that this project will commence by the end of 2019,” he said.

The Transport Minister also indicated that the Government has engaged an indigenous company, Ibistek to build an on-dock multi-purpose terminal in Takoradi Port at a cost of $350 million. “The Takoradi port is also to have a facelift with the development of a multipurpose container terminal by a Ghanaian owned company known as Ibistek at the cost of $350 million. For the first time in the history of this country, Ibistek is a wholly owned Ghanaian Company,” the Transport Minister added.