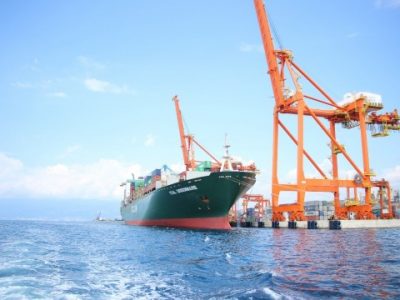 On November 30th 2016, MTBS successfully delivered the Croatian National Development Plan for the country’s six ports of international economic interest.   In May 2016, the Ministry of Sea, Transport and Infrastructure commissioned MTBS, together with sub-contractors Rijeka Projekt d.o.o., Divjak, Topic & Bahtijarevic Law Firm and Enodis d.o.o., to prepare a national development plan for the ports of Rijeka, Zadar, Šibenik, Split, Ploče and Dubrovnik.   Croatia’s accession to the European Union on the 1st of July 2013 represents a potential turning point in the country’s economic and social development.

In order to be fully integrated in the European transport network, the Croatian port system will need to meet the demands of European consumers and industry, in terms of capacity, competitiveness and sustainability (environmentally and financially). Currently, the Croatian ports annually handle more than 20 million tons of cargo and more than 11 million passengers. The Croatian ports hold a strategic position on the deep Adriatic Sea coast, centrally located in both Central Europe and the Balkan area. The country is a traditional seafaring nation, with maritime transport deeply rooted in the countries nature, characterized by an abundance of coastal islands.

The focus of the National Development Plan, which considers a period up to 2030, is to increase the competitiveness of the ports, while maintaining an environmentally and financially sustainable port system. The plan provides the Croatian Ministry of Sea, Transport and Infrastructure, as well as the six individual port authorities with clear recommendations on the way forward for the Croatian ports sector, as well as development plans for each of the individual ports. The recommendations cover institutional, organizational, legal, technological, environmental and financial issues. The development plans for each of the individual ports, take into account anticipated traffic levels, planned projects and the financial and economic impacts thereof.