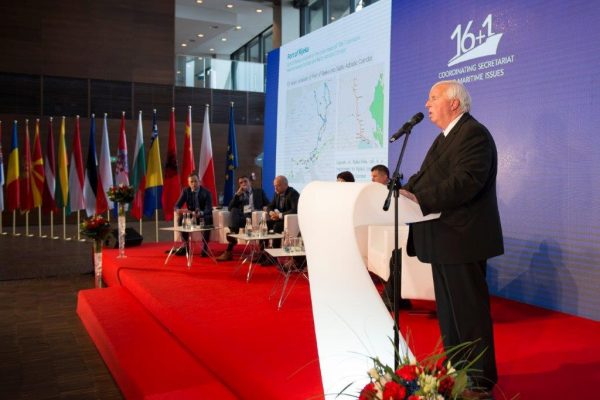 At the CEEC – China 2nd Transport Ministers’ Meeting & Business Forum, which was held on the 25th and 26th of October, 2017 in Warsaw, Poland, MTBS Director Patrick Uyttendaele was invited to present his views on the importance of ports in economic development. Mr. Uyttendaele took part in the panel discussion on the 25th of October, in which he stressed the importance of the subject in relation to development of the port of Rijeka, Croatia.

On the second day, Mr. Uyttendaele was invited to present the details of the approach to the transaction for the Zagreb Pier Deepsea Container Terminal, which is to be started Q4 2017/Q1 2018.

The event, which was organized by the Polish Ministry of Maritime Economy and Inland Navigation, was addressed to both public administration and business. Partners from both these areas have jointly discussed specific projects, potential for cooperation and plans for the future. The 16+1 format, that includes Central and Eastern European Countries and China, has a high development potential. European countries remain in the process of rapid growth. China’s economy, although is already second in the world, is still growing dynamically. The event was aimed at combining the potential of these two growth regions and seeking opportunities for synergies and cohesive prosperity.