Namibia has launched an expanded container terminal at the Port of Walvis Bay, projected to double the country’s annual container handling capacity.

Works on the expansion of the terminal started in 2014 and were completed by China Harbor Engineering Company (CHEC) under a project worth $268 million.

The project, inaugurated on August 2 by Hage G. Geingob, the President of the Republic of Namibia, included the creation of 40 hectares of new land reclaimed from the bay within Namibian Ports Authority’s current port jurisdiction.

The expanded terminal will have a capacity of at least 750,000 TEU per annum, compared to the previous capacity of 350,000 TEU.

The project will not only provide increased container handling capacity in the Port of Walvis Bay, but will also increase the port’s bulk and break-bulk handling capacity by freeing up the existing container terminal to become a multi-purpose terminal.

The latest development program added an additional 600 meters of quay wall in addition to a new passenger liner berth. 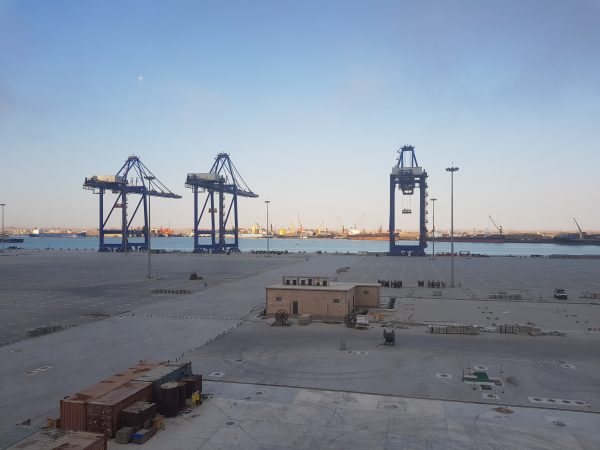 In 2017, MTBS was hired by Namport to conduct a market sounding to identify the market appetite for the new container terminal in the port of Walvis Bay. MTBS performed numerous market consultations with a wide variety of market players. Later that year MTBS was hired by the World Bank to perform a market study, conduct a PPP analysis and prepare a financial model for the new container terminal of Walvis Bay.