Opportunities in the Ukrainian Port Sector

New President Volodymyr Zelenskyi and his team have an opportunity to reset the climate for investing in the country’s ports, say leading local expert.

At the moment there is a concession pilot project conforming to European norms under way for the public stevedoring companies in Olvia (formerly Oktyabrsk) and Kherson. The international Financial Corporation funded the feasibility studies for potential investors. 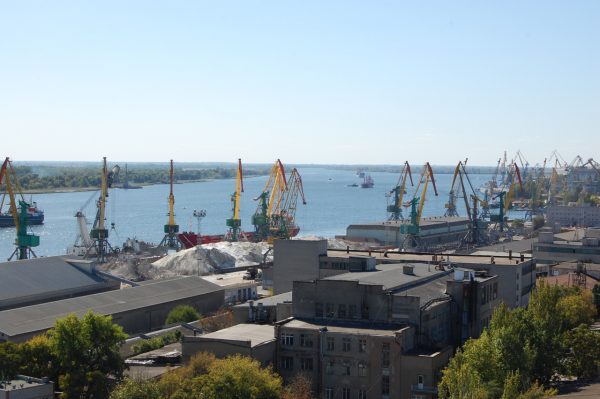 The studies were led by Australia-based infrastructure development advisers Castalia as a general contractor, together with MTBS Ukraine (a brand of Maritime & Transport Business Solutions (MTBS) and Interlegal), Tebodin Consultants and Engineers, Gide Loyrette Nouel, and Ernst & Young (EY Ukraine).

The feasibility studies and corresponding tender documents were published in May this year.

Arthur Nitsevych, a partner in Interlegal, a Kiev-based legal and business consultancy firm, points to a new draft law on concessions that aims at aligning local legislation with common practice in developed countries.

There are also bills to amend the Merchant Shipping Code, the Law on Ports and draft laws on inland waterways and intermodal transport. Inputs are coming from the European Business Association and the American Chamber of Commerce.

Nitsevych says concession rules need to be more flexible, for example allowing for the possibility to change the concessionaire company and allowing the investor to sign the agreement directly with the port authority instead of the public property control agency. Also, the environmental impact assessment must be agreed upon by the relevant bodies prior to signing a concession agreement. This is all included in the latest draft bill passed by the relevant parliamentary committee.

Port dues, he continues, remain uncompetitive and need to come down, and for this to happen the method of calculating them needs to be simplified and more transparent. Sometimes port operators feel they are being charged more than once for the same service.

Finally, argues Nitsevych, pilotage services need to be denationalized and opened up to competition.

To date, the most successful example of inward investment in the seaport sector, at least as far as container handling is concerned, is Container Terminal Odessa (CTO), operated by HPC Ukraina.

To date, HHLA has already invested more than US$150M in CTO and last year announced a new investment plan. “The mere fact of launching a new investment program is a landmark event for us and shows our belief in success of our container terminal in Odessa port and the prospects for the development of Ukrainian economy as a whole,” said CTO’s President Philip Sweens.

Citing figures from the Ukrainian Seaports Association, Interlegal’s Igor Kazakutsa points out that CTO handles the lion’s share of containers moved over the country’s ports – 338,000 TEU out of a total of 846,500 TEU. Key customers are Zim, MSC, Yang Ming Hapag-Lloyd, Arkas and the ONE Alliance.