Proposed Port of Ondo Will Change Landscape When Completed

Governor Oluwarotimi Akeredolu of Ondo says the proposed Port of Ondo will change the landscape of the state. Akeredolu made the observation in Akure on Thursday during the submission of the feasibility report on the Port of Ondo Deep Sea.

He said that the Port of Ondo would be the only viable deep-sea port in Nigeria and would be able to serve the whole of West Africa. The Governor assured to have the port declaration before the end of the year. The report has established its viability.

“Our dream for this port in Ondo State is to serve as a conduit for our goods, agricultural produce and very soon, our bitumen. It is the goal of this administration to ensure that the potential of Ondo State is maximised and that all necessary infrastructure required to make this a reality is put in place to achieve this”, he said. 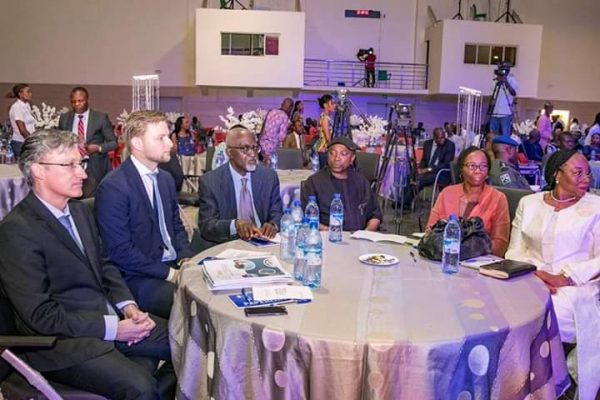 Akeredolu listed the likely benefits of the port to include opening up of Ondo to the world and access to the hinterland of Nigeria, including:

Earlier, Mr Boye Oyewunmi, Chief Executive Officer, Ondo State Development and Investment Promotion Agency, said the agency was formally launched in October 2017 and was saddled with the responsibility of attracting investment opportunities to the state. Oyewunmi said the agency was investor-friendly, responding promptly to requests of investors and also a one-stop shop for investment. Some activities involved in the last 15 months include tourist use of waterways, encourage sponsors participation and development plans on how to enhance the tourist attractions, he said.

Mr Willem Slendebroek, on behalf of Maritime & Transport Business Solutions (MTBS), the Consultant in charge of the feasibility studies of the Port of Ondo Development, said the proposed port and free trade zone would create at least 20,000 direct and indirect jobs and likely more.